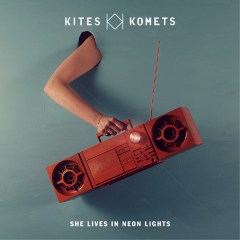 We are very thrilled to let you know that we are releasing our new single, “She Lives In Neon Lights”, in a week on the 6th. of May!

The artwork for the single is made by our talented friend Nicolai Bejder, of Bemerk.

New spring dates in Denmark and Germany are coming up very soon!

So, the last months has been spend on writing A LOT of new stuff, making pre-recordings, talking to producers, playing gigs in Denmark and Germany etc. In between we have made a brand new music video for the 2.single, “It’s In Your Soul”, from the EP we released this summer.
(Buy the EP here: http://itunes.apple.com/dk/album/kites-and-komets-ep/id523947852)

The very talented guys behind the video is photographer, Carsten Villadsen and Flemming Bo from the bureau, http://flemmingbo.com/ (and  me, Mikael Kærsgaard)

We shot the video in two days at the very beatiful Hotel Phoenix in the center of Copenhagen.

A big ‘Thanks!’ to everyone who helped creating it:
Carsten Villadsen
Flemming Bo
Actors: Sofie Gelvan, Morten Winther and Louise Moe
Julie and the personal at Hotel Phoenix

Take Care, and we’ll soon keep you postet on the new things happening! 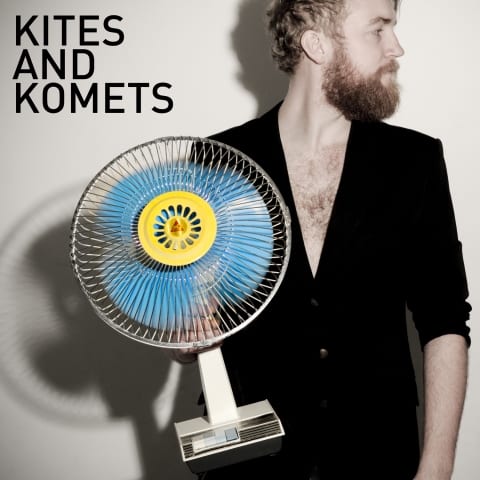 The sun is shining from a blue sky and maybe it’s because our EP is being released today! We like to think so. We’ve been looking forward to this day for a very long time, and now we can finally show you the outcome of many months work!

We really hope you will support Kites And Komets, and buy the EP.

We want to thank everyone who has contributed:

The songs on the EP are written, (and mainly recorded), by me, Mikael Kærsgaard.

Remember that we are playing our second release-concert at RUST in Cph this saturday:
https://www.facebook.com/events/298220130255275/

We hope that you will enjoy the day in the sun, hopefully with some of our tunes in your ear!….

We are so please to announce that our 1.single, “When Love Turns To Me”, from our forthcoming EP, is out today.
We have been working hard to finish it through the last months, and we’re very pleased to share it with you now:

You can give it a listen, and then we hope you will support us by buying it on Itunes: http://itunes.apple.com/dk/album/when-love-turns-to-me-single/id516073848

The photo is taken by a great photographer, and good friend, David Bust. Visit him here:

Take care, and hope to see you soon!

It’s been a busy time lately. The last months have been a mix of recording, mixing, mastering, having meetings with labels, making cover photos, preparing shows and a lot more. It has also been a time of great expectation, and hopes for the forthcoming months. We are very excited about showing you the final outcome of what we’ve been working on, and in a week we are releasing the first single!

Hamburg:
Thursday we played a gig at the amazing venue Uebel&Gefärlich, located in a huge old bunker in the center of Hamburg. We didn’t really know how people would recieve the music, but luckely there was a big turnout and we got a great party going at the Culture Clash Festival.

Unfortunately our drummer, Simon was at Greenland on vacation, but we were so lucky that our good and talented friend Kasper Nyhus was quick to step in and play the show with us.

You can watch some pics from our rehearsals up to the show, and the gig in Hamburg here:

The forthcoming spring shows will be as following:

Hope to see you at one or more of theese places, and stay tuned on the site for updates about the spring release!

So, now it’s about time that you get an update and some pics from the studio:

Day 1 starts with me in the pouring rain, taking an early train across Denmark. As agreed, I go to Nansensgade and meet up with producer Anders Rhedin (Choir Of Young Believers, Jong Pang etc.), who I a few weeks earlier met at our concert in Vega. We will spend the next 3 days together producing Kites and Komets.

The last days, and actually through the last six months, I have thought so many thoughts about these recordings, concerning the direction of the music, how the recordings should sound compared to the live sound, how the collaboration will work etc. From the first pre-recordings, which I arranged in my living room with organ, glockenspiel, spoons etc, I wanted to preserve an organic, hand-played sound in K&K. We have tried to keep that in mind in the live-arrangements, with the fantastic guys In the band, where the beats are all hand-played, etc.
It’s important to me that you can hear the people behind and inside the music. Another thing is that I have always thought that I wanted the final recordings to have tighter beats with more body and get the songs’ hook lines to stand out – cut the songs even sharper. This is what I see as the biggest challenge: to preserve the organic, hand-played and unpolished universe, while the songs and arrangements are cut to the bone, and pushed to the max.

Anders and I get together and start listening to the pre-recordings, and talk about which angles and directions that could be the right ones for the upcoming versions. We agree that the sound should be tight, dusty and catchy, with the vocals and the melodies as the primary things. As I have previously experienced, it is often interesting to work with producers who are outside the project. They enter with an objective view of what they hear as the strengths and shortcomings of the music / arrangements.

As the days pass, the songs are taking form. Anders is fortunately very good – both as a technician, but he also has a really good ear for the different parameters in the K&K music. We seem to have different strengths.

I end up going back to Aarhus as the 3 days have passed with 4 half-finished tracks that I can listen to, consider changes to, and get responses to from the band. I am looking forward to follow the development of my songs, and to stand with the finished result and show it to you.

More updates from the studio will come in a short while.

So here you have an update about how things are evolving.

Studio:
Tomorrow K&K will have the first day in the studio with producer, Anders Rhedin (Choir of young believers), and I am really excited about it. There’s a lot of speculations flying around about the direction of the recordings, and how the working process will be, but i’m sure we’re gonna make some smashing pop tracks! The last few days I’ve been preparing for the session by recording a lot of vocals etc. in my home studio, so we should have a lot of different material to work with from the start.
You can follow the recording process at this site.

Live video:
We have just finished editing a live video of the new track “When Love Turns To Me”. It was filmed and recorded at our recent show at “Lille Vega” in November (a show we really enjoyed btw).

The very talented people who helped filming and editing this video is: